20 years in the past, shut up! launched its first product. The German producer is celebrating this anniversary by releasing an FX variant of the Pure Base 500 case, in addition to Pure Loop 2 and Pure Rock 2 CPU coolers. These must be distinguished from their common variations by means of (further) argb accents.

The Pure Base 500 FX provides the identical options because the common mannequin, though the three Pure Wings 2 followers have been changed with 4 Mild Wings Argb followers (three 120mm and one 140mm). To simply management all that lighting, a hub for six argb gadgets and 6 PWM indicators is included.

Pure Loop 2 and Pure Rock 2 are additionally up to date with an FX model: relying on the precise format, current followers are changed with 120mm or 140mm copies of Mild Wings Argb followers. As well as, the pump unit of the Pure Loop 2 water coolers additionally options argb accents. Because the icing on the cake, these water coolers include an extra controller to regulate the lighting and PWM indicators. 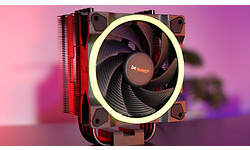 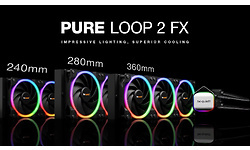 All FX merchandise can be found instantly. keep calm! shared the next really useful retail costs, as well as, particular promotional costs are legitimate till September, that are as much as 30 euros cheaper.